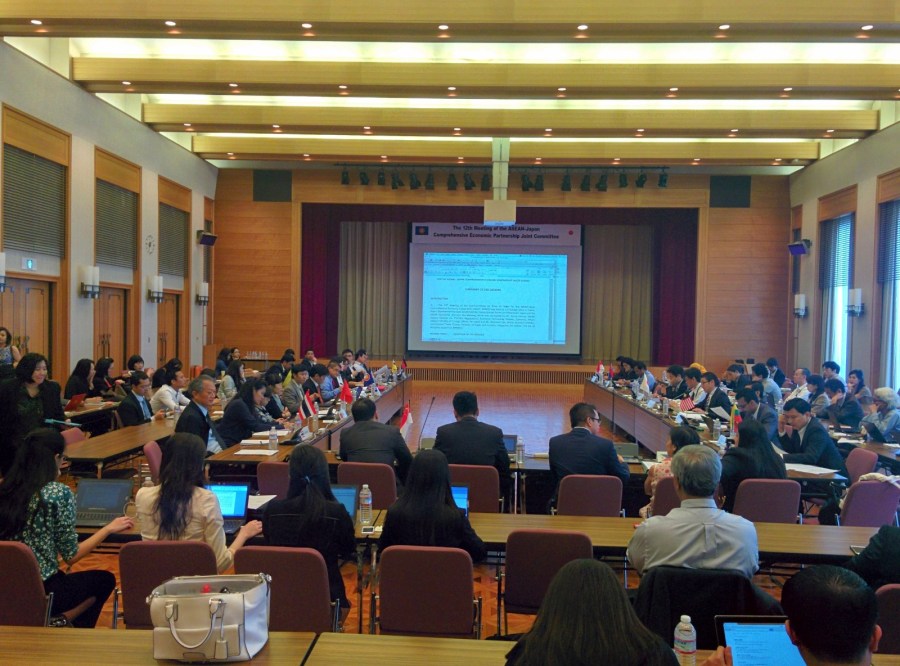 TOKYO 1 October 2014 – Officials from ASEAN Member States, Japan, and representatives from the ASEAN Secretariat attended the 12th AJCEP Joint Committee which was held on 1-3 October 2014 in  Tokyo. The Meeting tackled the implementation issues under the AJCEP including the negotiations of the trade in services and investment chapters which is envisaged to be completed by end of 2014.